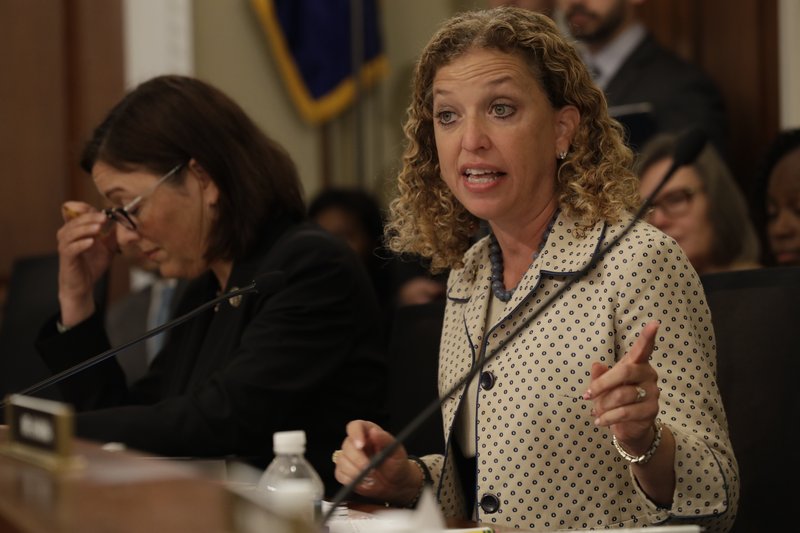 WASHINGTON (AP) — Democratic Rep. Debbie Wasserman Schultz has fired an information technology staffer following his arrest on a bank fraud charge at a Virginia airport where he was attempting to fly to Pakistan.

Awan's attorney, Chris Gowen, confirmed that his client was arrested at Dulles Airport on Monday. He says Awan was cleared to travel and had informed the House of his plans to visit his family before the scheduled trip.

The 37-year-old Awan of Lorton, Virginia, was arraigned Tuesday in the U.S. District Court for the District of Columbia on one count of bank fraud. He pleaded not guilty and was released pursuant to a high-intensity supervision program, including the restriction that he not travel beyond a 50-mile radius of his home, according to the court.

An affidavit filed with the criminal complaint states there is probable cause to believe that Awan and his wife, Hina Alvi, engaged in a scheme to defraud Congressional Federal Credit Union based on misrepresentations made to obtain a loan. FBI Special Agent Brandon Merriman said in the affidavit that the misrepresentations revolved around written assurances that the home serving as collateral for the loan was a "principal residence."

The agent also attested that bank records show $283,000 was wired to two individuals in Pakistan. He stated that agents followed Alvi in March to Dulles International Airport and that she was allowed to board a flight. She has not returned. She has a return flight for September 2017, but the agent said that he believes Alvi has no intention of returning to the United States.

The FBI agent also stated Awan purchased a flight to Doha, Qatar, and then to Lahore, Pakistan. He purchased a return flight for a date in January 2018.

Gowen says the federal bank fraud count stems from a "modest real estate matter" and is motivated by anti-Muslim bigotry. He said he's confident Awan "will soon be able to clear his name and get on with his life."

A preliminary hearing is scheduled for Aug. 21, according to Gowen.

The story has been corrected to fix the spelling on the first name of the staffer.